So far I have found three different versions of AK mag rifles in Canada. Canadians have imported these rifles as late as 2002. All will have a 20.5 inch barrel. 16.5 inch barrels are restricted in Canada and require registration. So they are not to common. I have heard rumors of 18 inch barrel versions but none have been verified. Canadian collectors are encouraged to send me pictures of your rifles and start a dialogue.
xxxsksakajoe@yahoo.com 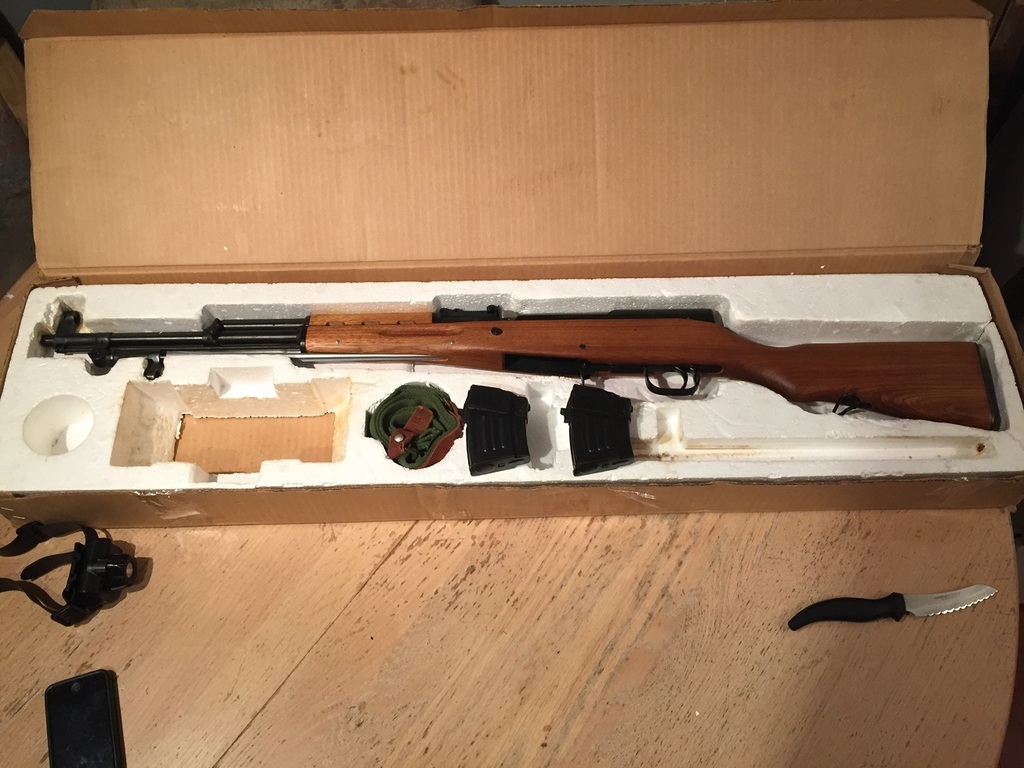 The first version seen is the same Detachable "D" rifles imported in to the USA. The receivers are not marked "D". These rifles are new production and not rearsenaled from existing rifles. They are equipped with the quick detachable bayonet and were imported with 30 round mags. 30 round mags have since become forbidden and are required to be pinned to 5 rounds . 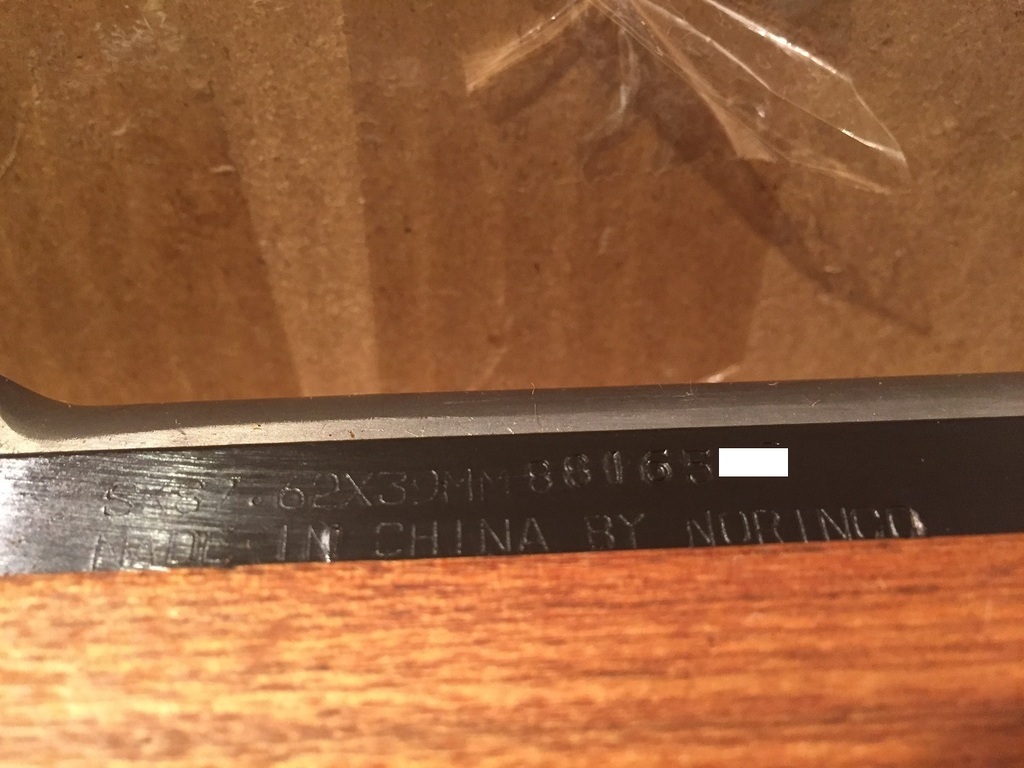 This serial number block has so far not been seen in the USA. I speculate these were destine for the USA but were sent to Canada after the Clinton ban of 1994. This rifle is not USA import marked. 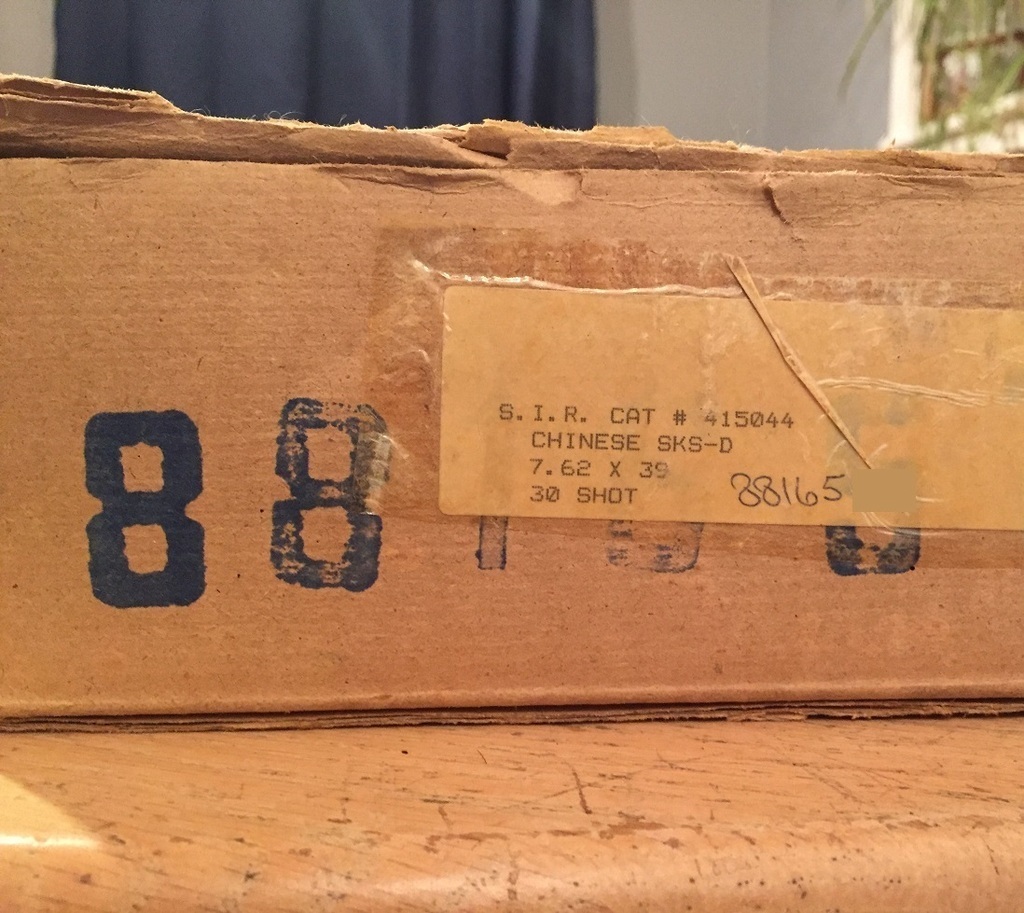 S.I.R is a Winnipeg mail order business named after founder Sidney Isaac Robinson. The business was established it 1924. The US outfitter Cabela's bought out SIR in 2007. 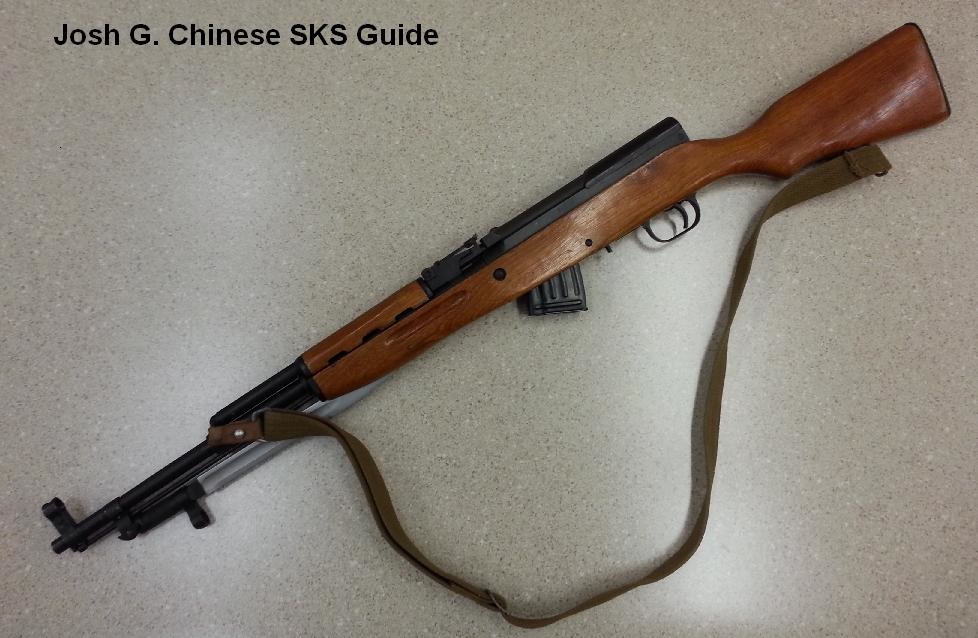 The second version is one the collectors in the USA would drool over. A Detachable "D" with a blade bayonet. This rifle is a different production run from the spiked versions. These rifles have been posted on various boards over the years but nobody ever said they were in Canada. Now I understand why these rifles do not have a import mark. 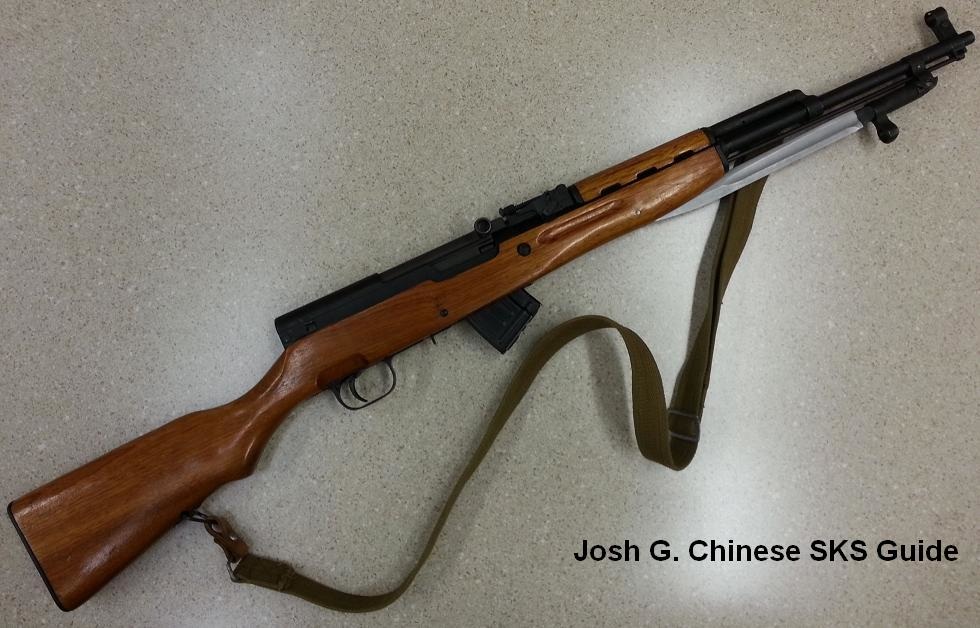 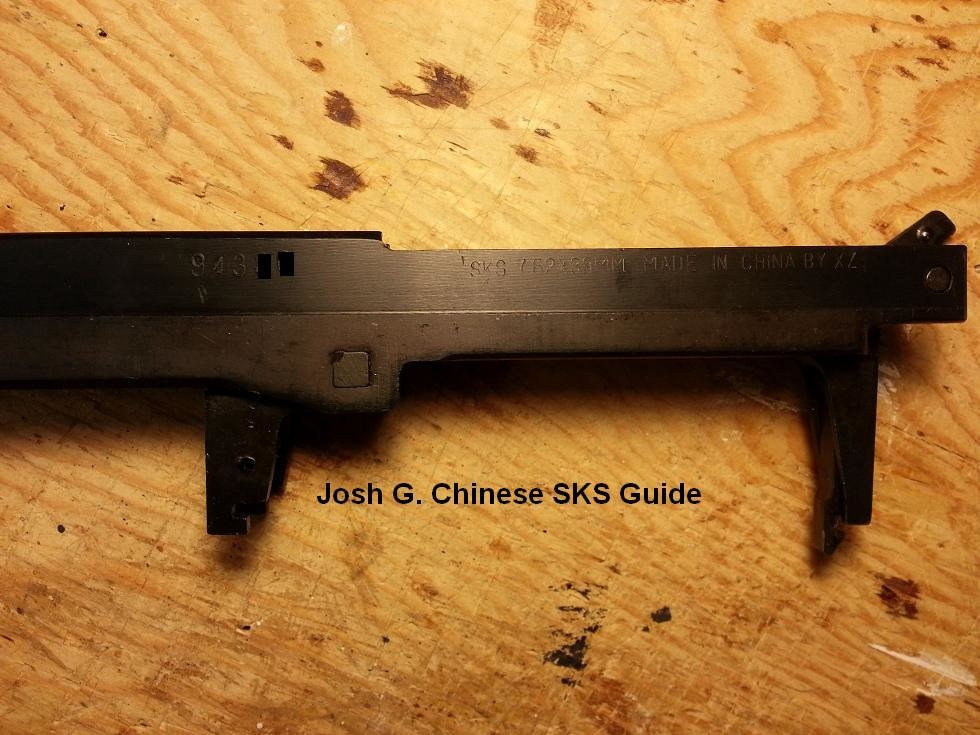 Note the scrubbed side on this receiver. The fist serial number in my data is 005XX and goes to 943XX.
The exact import dates on this rifle are not known. MADE IN CHINA BY XZ......... 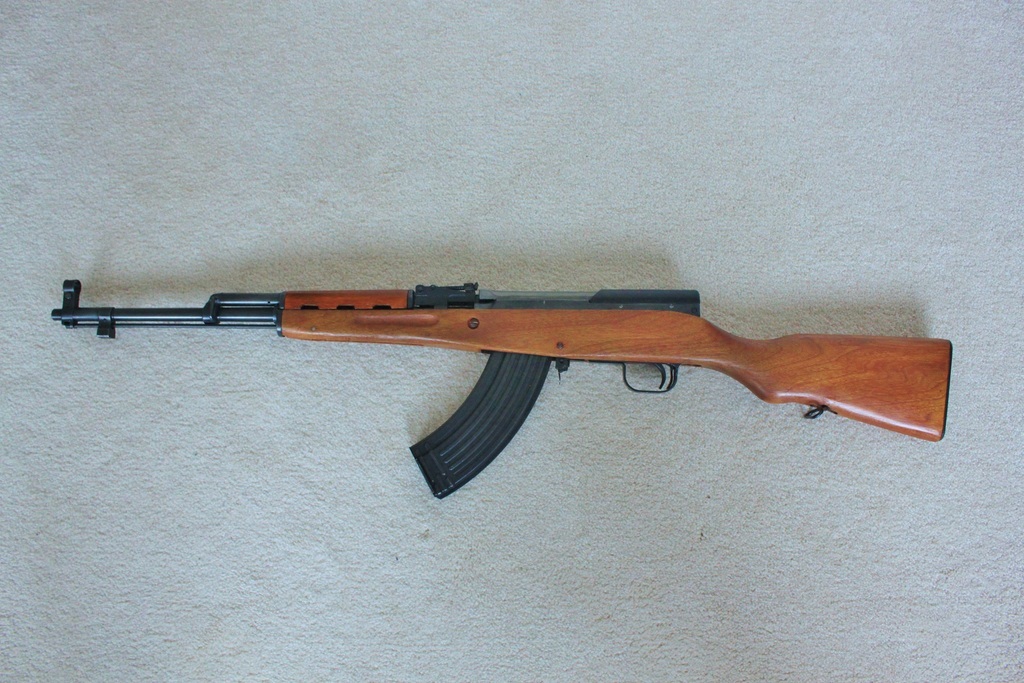 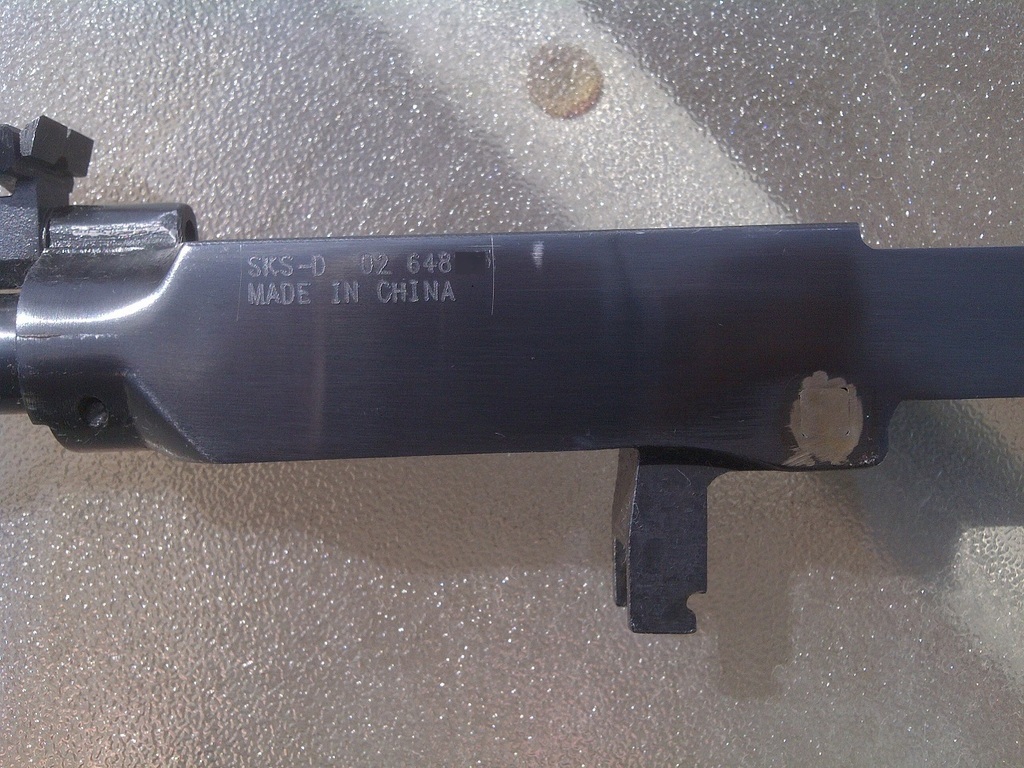 These rifles use a dot matrix style of printing on the import mark and have a date prefix. All were imported in 2002. YES boy's and girl's the receivers are marked.......SKS-D