This is the series of rifles that started the AK magazine revolution. Midwest Ordnance Gun Shop in Detroit Mi. started to convert the SKS to accept the standard AK magazine. Contrary to popular belief MO was not an importer of these rifles. Most came from an importer known as China Jin An in the suburb of  Detroit called Southfield. The other importer seen is Import Arms Company (IACO) in Sacramento, California. The rifles are not serial number or factory specific. To make the conversion cost effective. MO bought some  well used rifles . Mismatched parts, beat up stocks and worn bluing is common. One very skilled gunsmith at MO started making these conversions. He milled open the magwell, modified the trigger group with an extended mag release and lined each stock with a metal magwell. I don't know how many rifles were produced.  The best estimation is between two and three hundred copies. These conversions have been seen installed in many of the aftermarket stocks of the day from Ramline and Choate......... 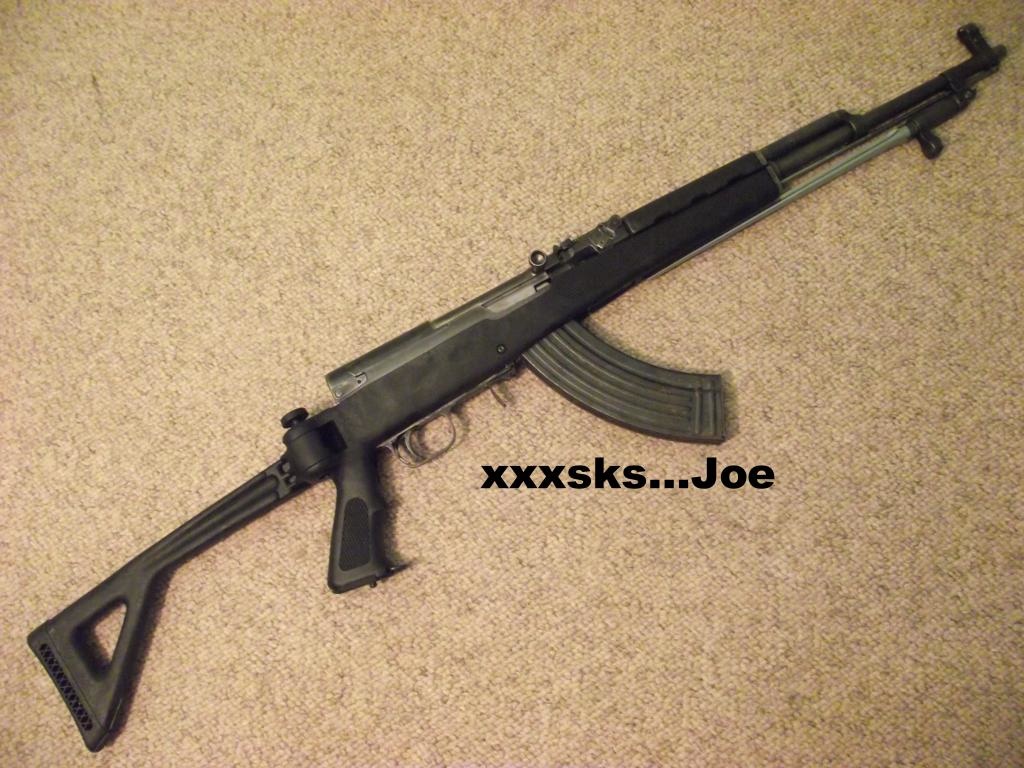 But the most common stock seen is the Combat Exchange folder. The stock that made Leo Livingston rich and famous. CE was later sold to Advanced Technologies incorporated. 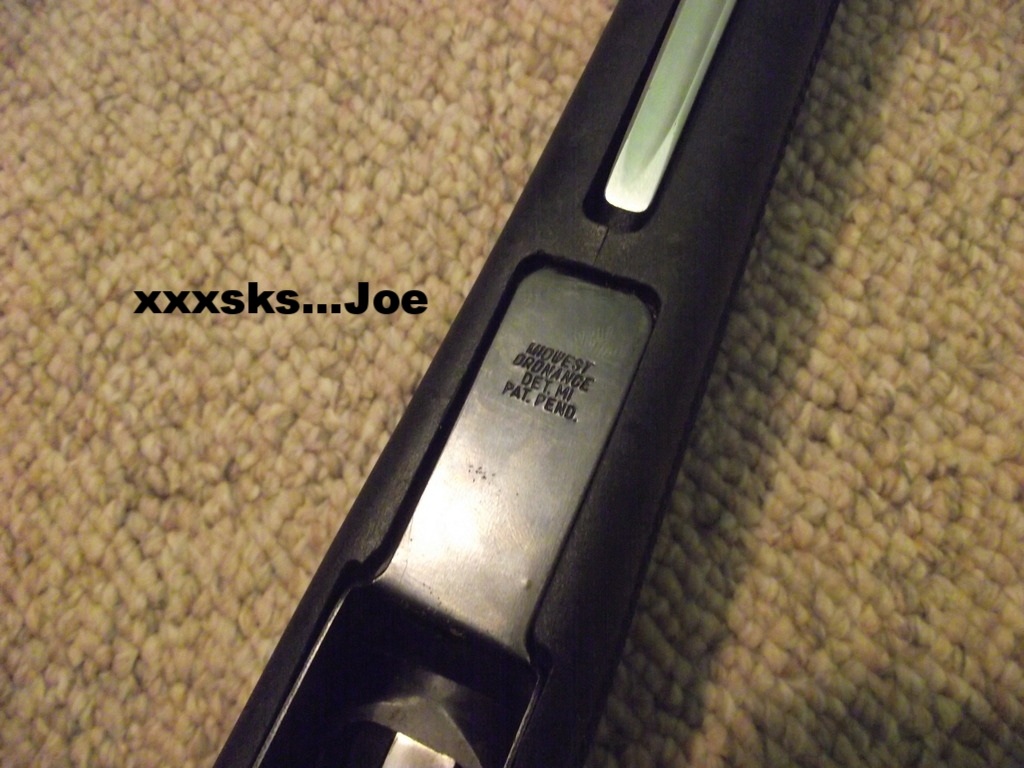 All MO conversions have a metal magwell expertly installed in to the stock of choice. The forward protrusion of the magwell is stamped MIDWEST ORDNANCE DET, MI PAT PEND. Note the bayonet groove in the CE stock. The entire installation is very clean. 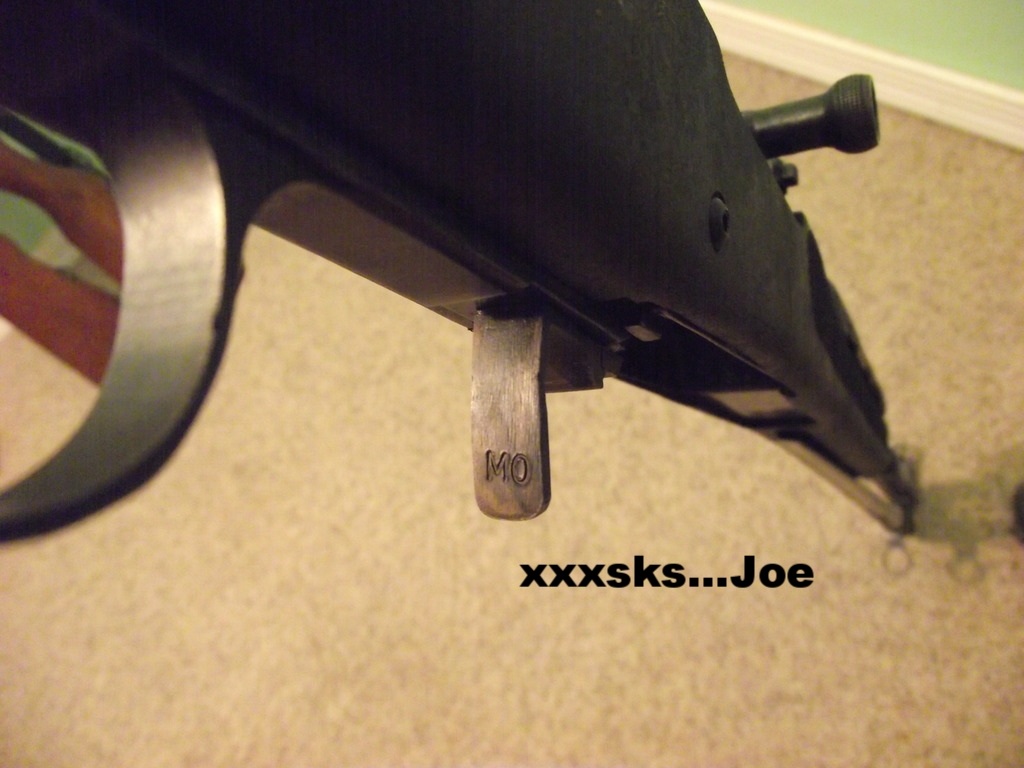 The custom extended mag release will have MO stamped on it. This release is made out of steel. Do not confuse this release with the plastic release sold by Cobray and (later)Tapco. 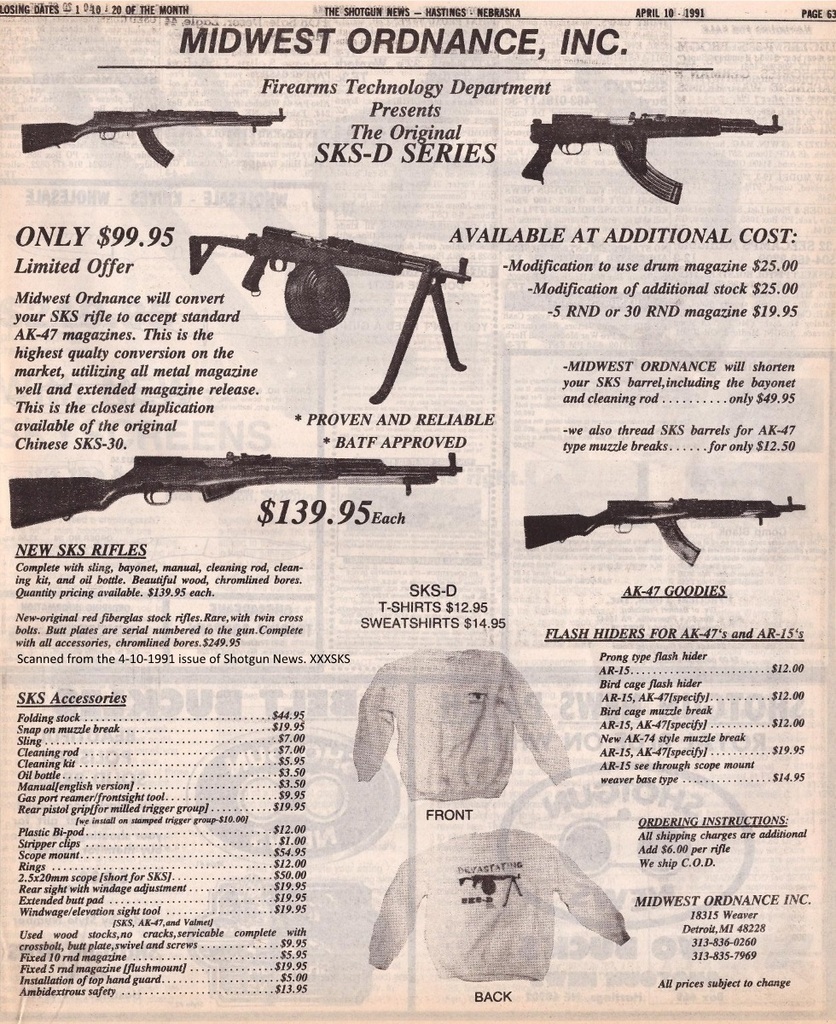 In early 1991 M.O. started producing these conversions on a larger scale. Not only could they convert you SKS rifle to accept Ak magazines. They could notch the sides for a drum and shorten the barrel to Paratrooper specs. 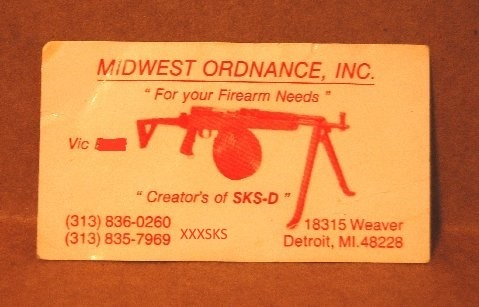 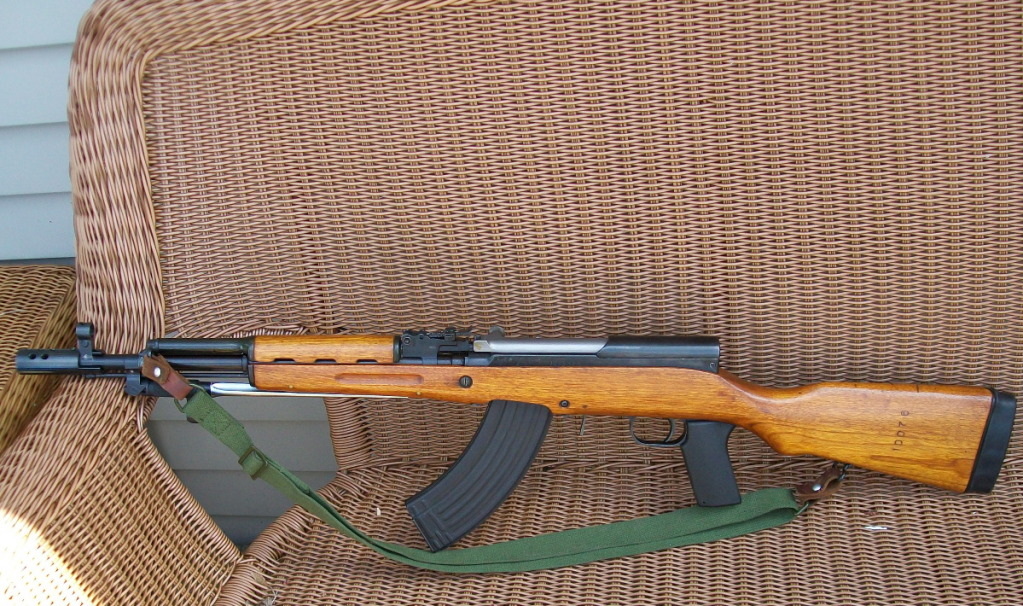 The only thing they didn't do to this one is thread the barrel. Note how the sides are cut for use with a 75 round drum.