"A paratrooper is a BITCHED up gun the importers asked the Chinese to make for resale."
Howard Bearse. SKS God of Gunboards.

﻿One thing is true about all paratroopers they were never used by the Chinese military. They are all commercial imports. Every one of these rifles were cut to 16.5 inches and shipped to the USA from China. Keep one thing in mind. This conversion is not rocket science and is pretty easy to do. It is just not cost effective. For an importer or an individual to make a prototype or one for himself.....yes it happened a lot. Homemade versions are out there and you cannot tell the difference. Always sight down the barrel and look for a canted FSB. The point I am trying to make is the importers didn't convert these rifles by the hundreds. Think about it. It was just not cost effective to do the conversion here. Most of these rifles were imported in this configuration. 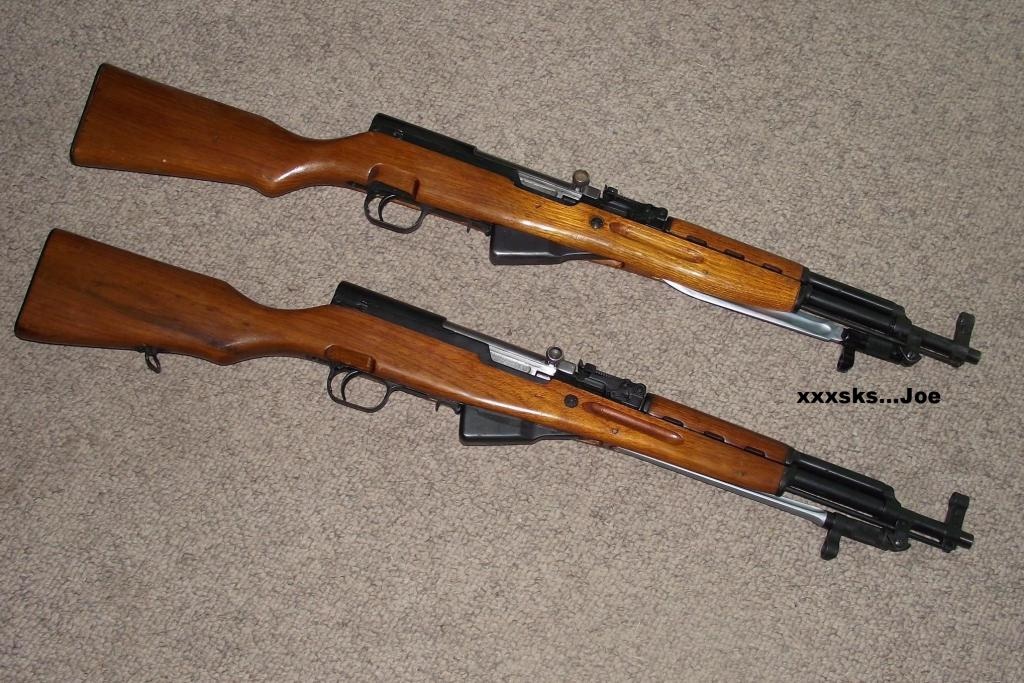 The Chinese use what ever came out of the box to make a simple paratrooper like these pictured. 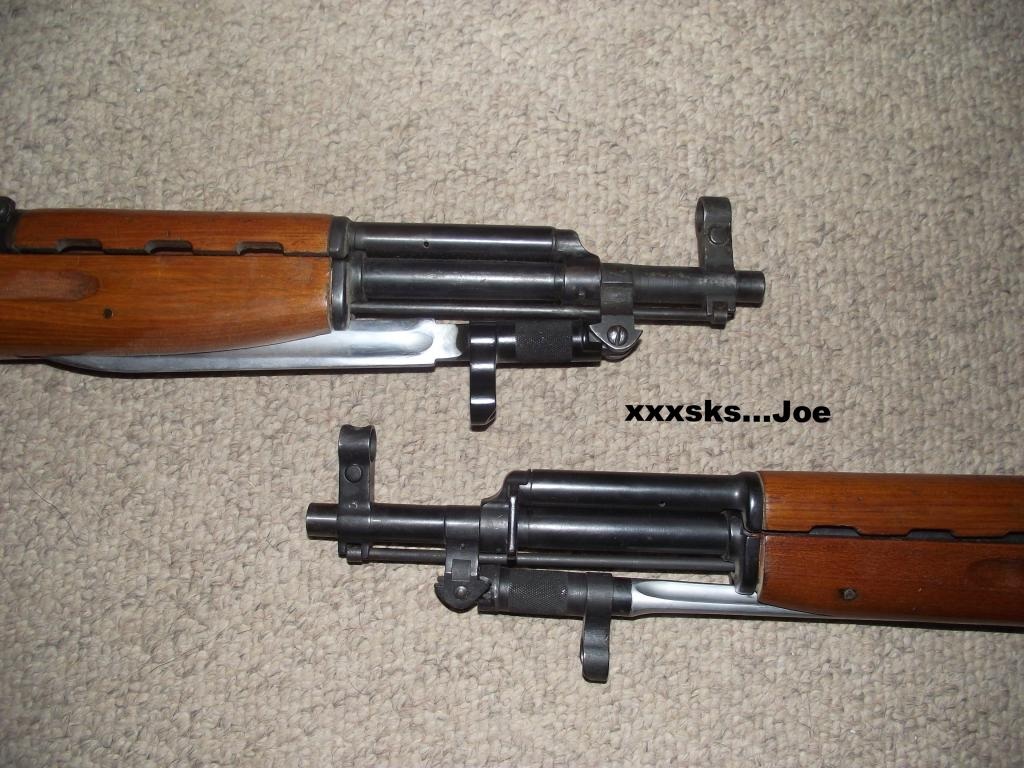 The Paratroopers prized by most collectors are the Chinese letter guns that have a long barrel lug and a blade bayonet. The blade bayonet is shortened down to the blood groove. The spiked versions are more common and have about 1/3 of the spike removed. All paratrooper bayonets are cut down from originals. 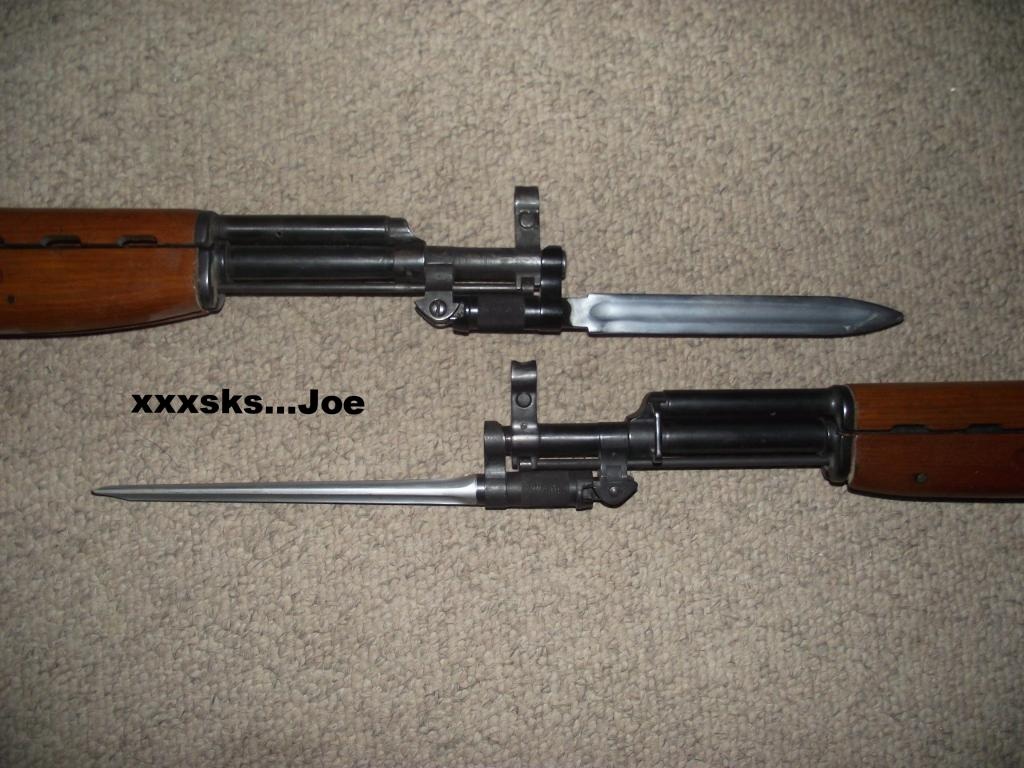 After the Chinese cut the barrel and relocated the front sight block. They had to modify the stocks. Blade bayonet grooves are longer and cut right through the brass reinforcing pin. 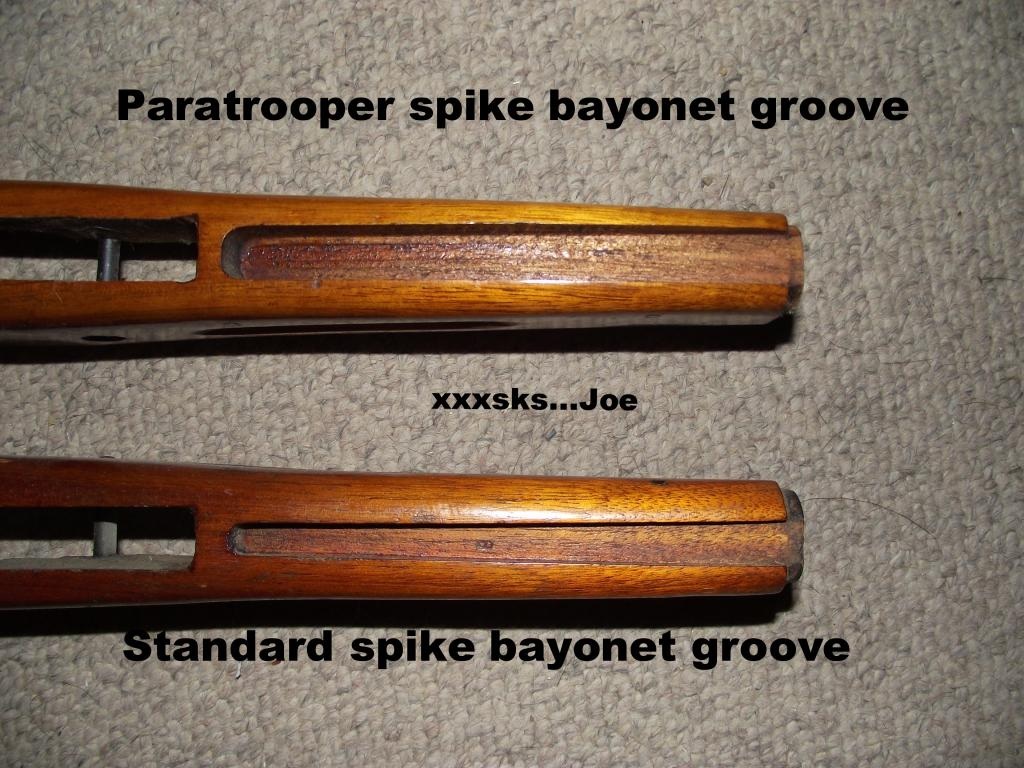 After cutting down the spike bayonet and moving it to the rear of the rifle the bayonet becomes wider. There for the groove cut in the stock needs to be wider. 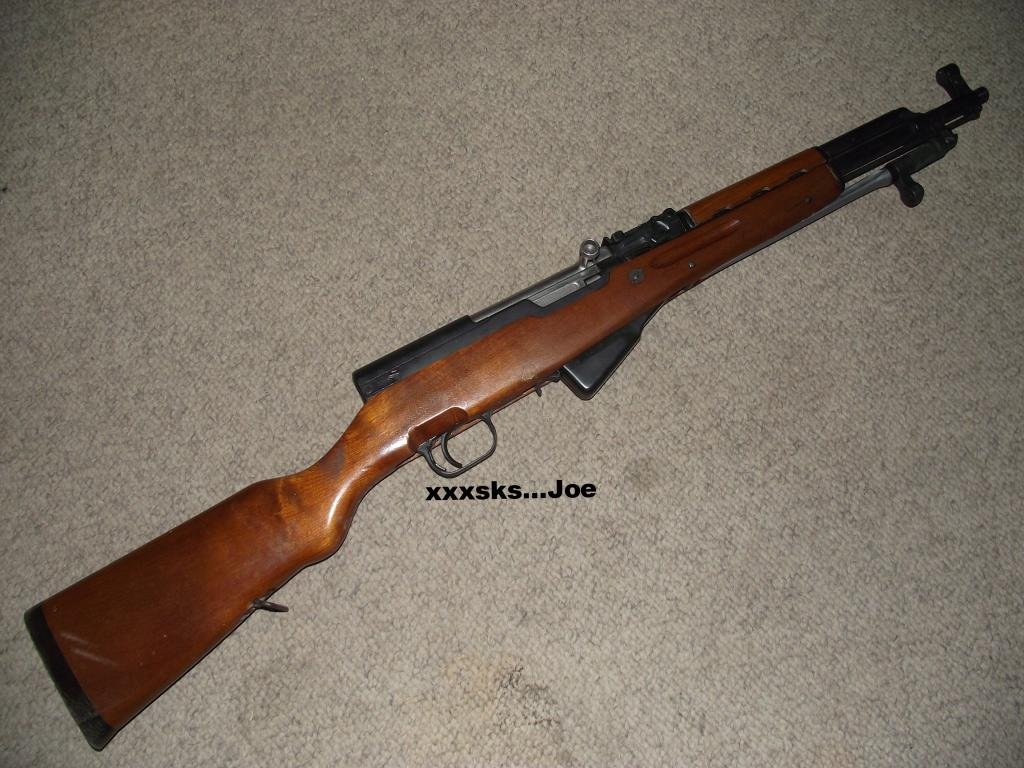 The last of the Paratroopers were imported through C&A in Virginia Beach Va. and sold by a company in Tucson called Omega Weapons Systems. These rifles had all the signs of late manufacture. Pinned barrel, Stamped trigger group. They even had a rubber butt pad made out of the same material used on the Sporters. No hole or trap door for a cleaning kit.


The Paratrooper with a standard 10 round fixed magazine and bayonet was imported by many different companies but the most common importer seen is CJA SFLD, MI. China Jin Ahn, Southfield, Mi.

Send me some pics of the importer on the side of your Paratrooper. powersurgeperf@aol.com
Copyright ©2016 SKSGUIDE.COM, All Rights Reserved
Powered by