RECEIVERS ARE NOT STAMPED D 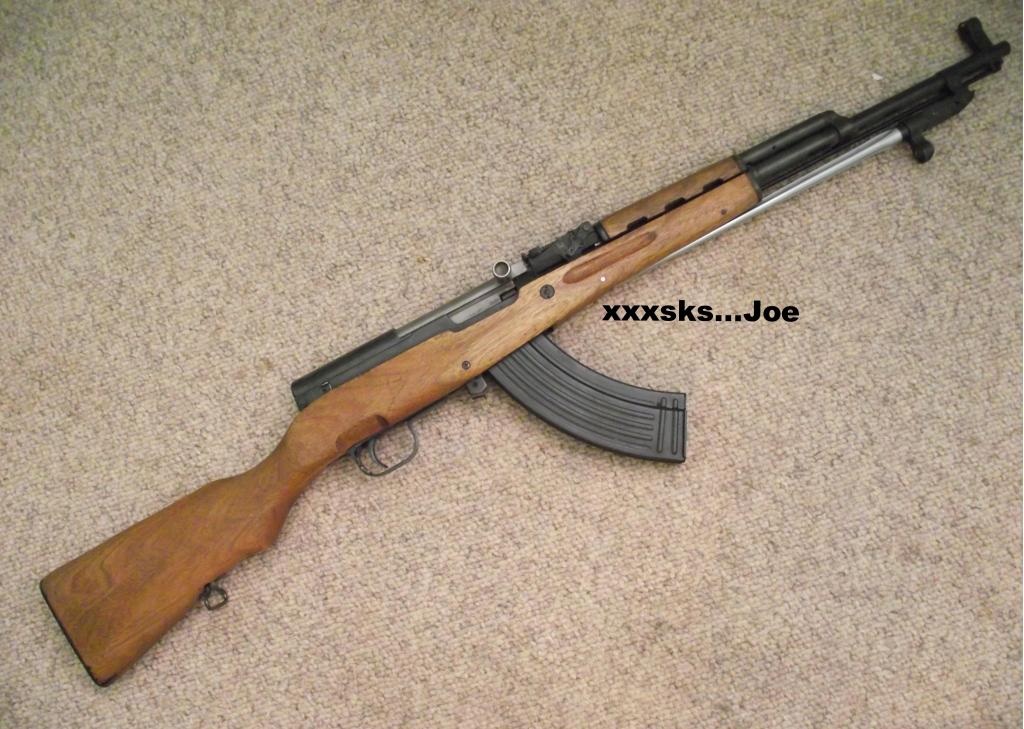 These are the first AK magazine capable SKS rifles imported into the USA. Sellers needed to convey a different meaning for this rifle. As to not confuse it with standard SKS rifles so this series of rifle was referred to as the Detachable "D" SKS. This is the first of the newly manufactured rifles that are AK magazine capable. They are not rebuilt or rearsenaled. These rifles came with a military style stock and have a dull tung oil finish. They are equipped with a cleaning kit in the butt stock and use a bottom sling swivel. 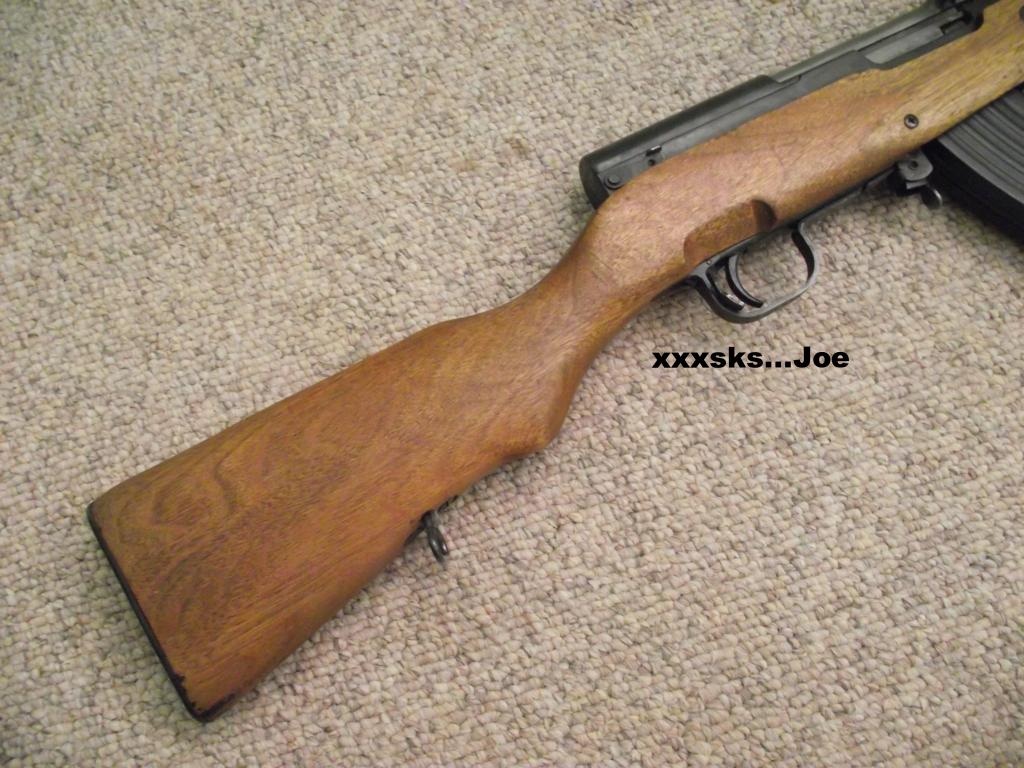 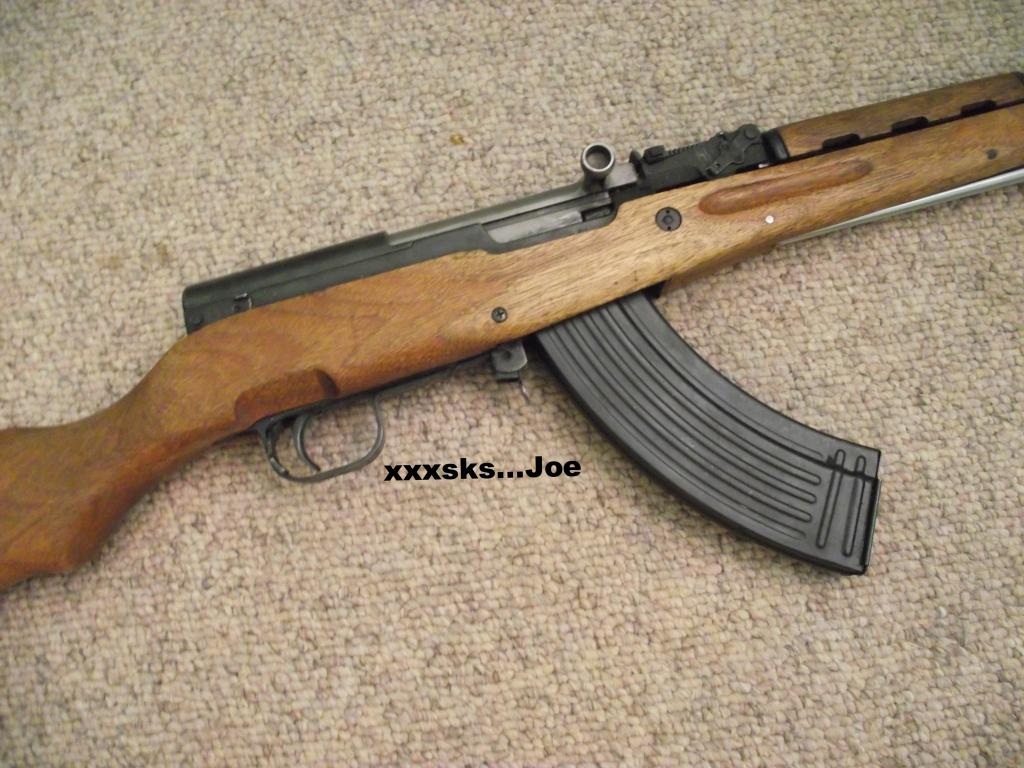 Each rifle has a stamped trigger group and a 20 inch pinned barrel. 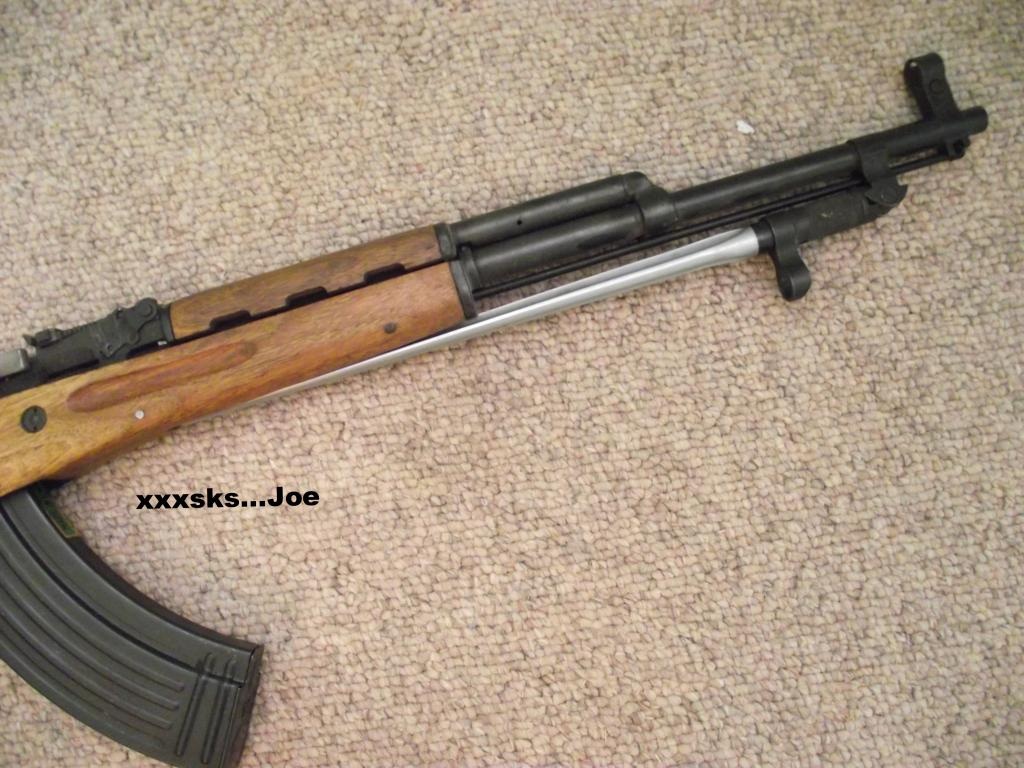 All are equipped with a removable folding spike bayonet and standard 17 inch cleaning rod. 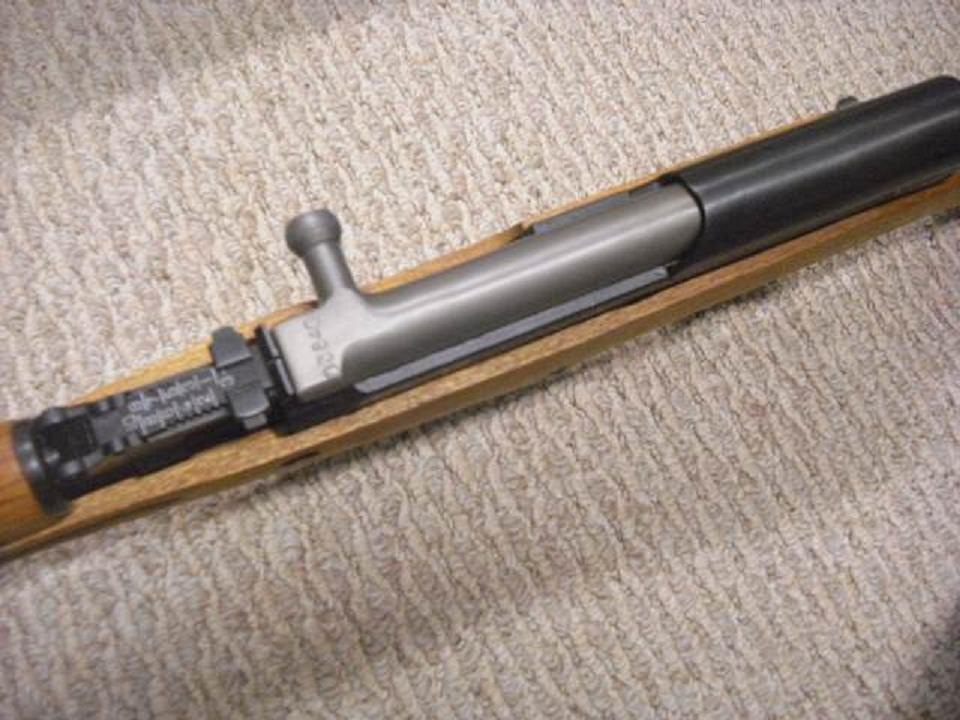 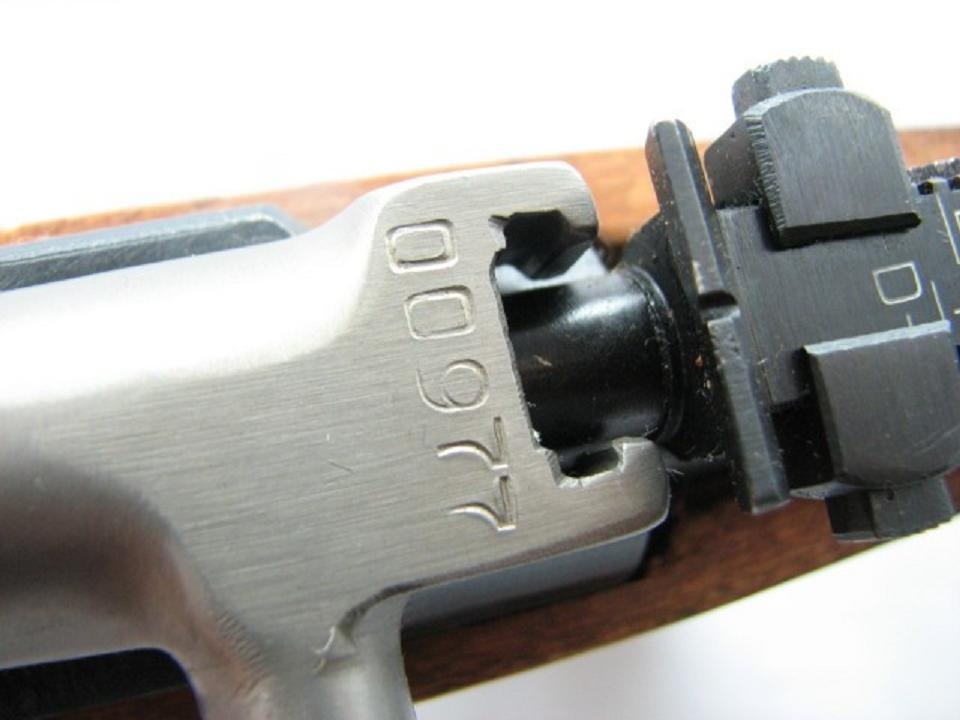 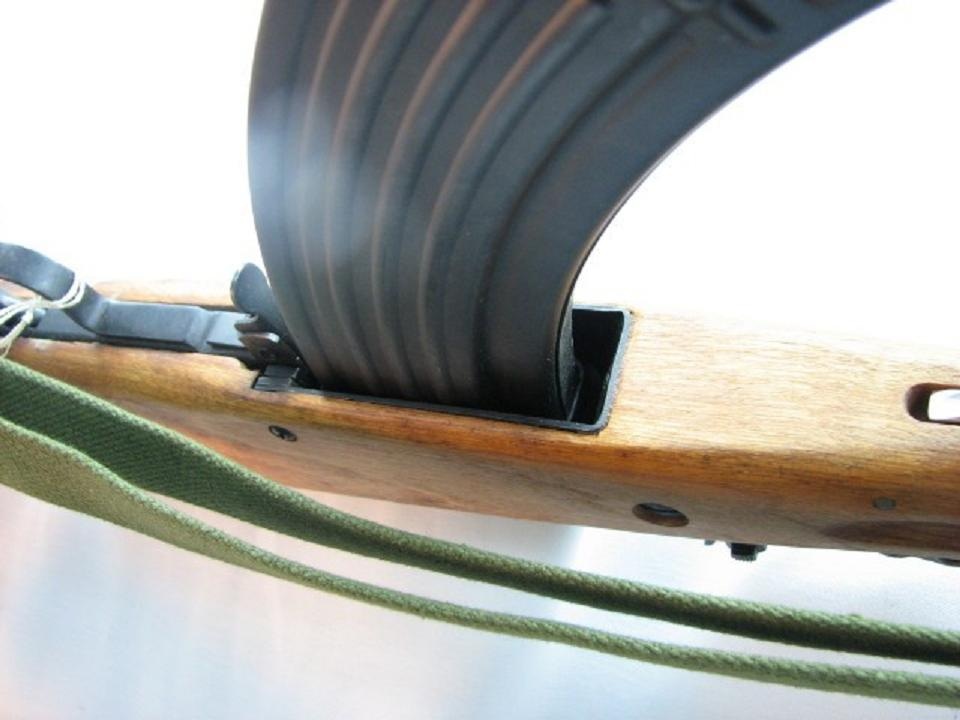 The stocks are lined with metal in the magwell area. This metal liner has nothing to do with retaining the magazine. It does reinforce the magwell opening and give the stock a finished look. Purely aesthetics. 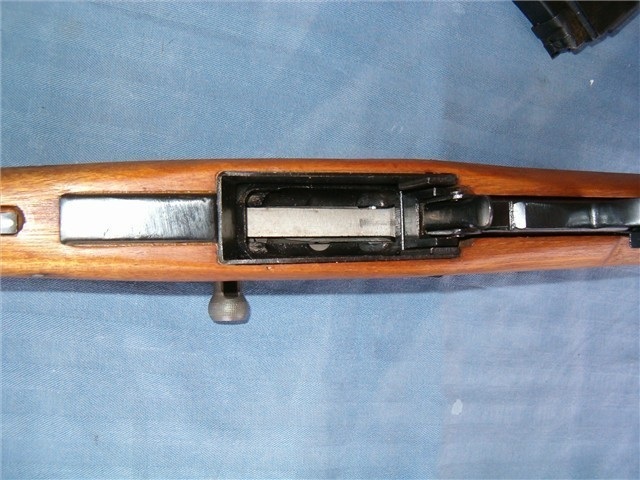 Here is another anomaly in these rifles. Some of the magwell liners have a forward protrusion on them. Completely random on rifles imported by Beta Arms. Most not all CSI rifles have the protrusion. 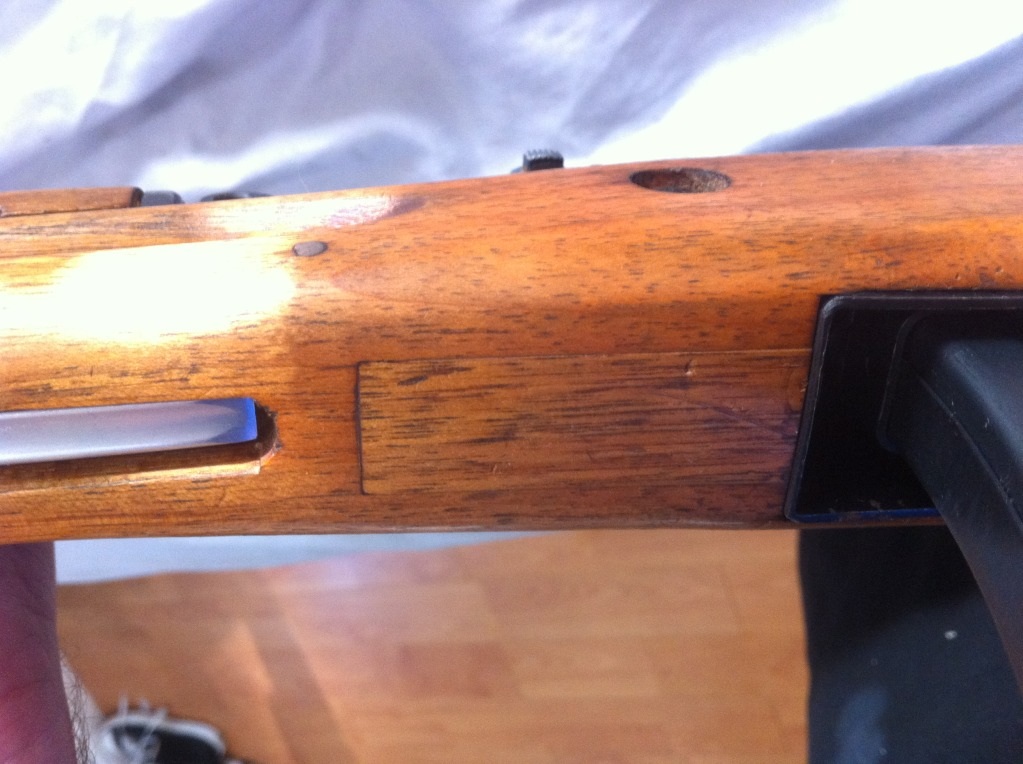 Some rifles imported by Delta Investment Group will have a wood filler in front of the mag well. 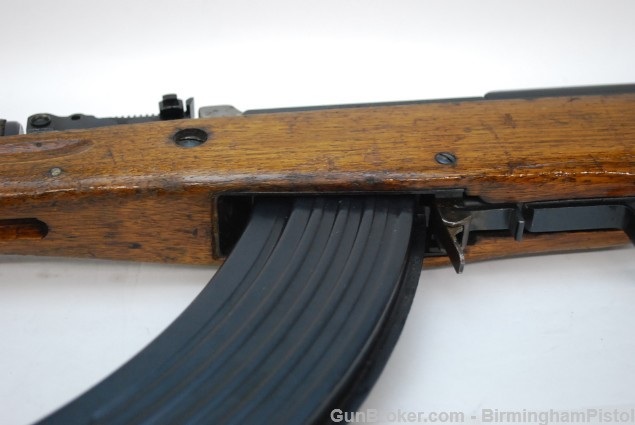 Anomalies can also be found in the mag release. Some of the rifles are equipped with a duel mag release. This release uses parts of a standard fixed mag release as well as an AK style release. Several different versions have been seen. 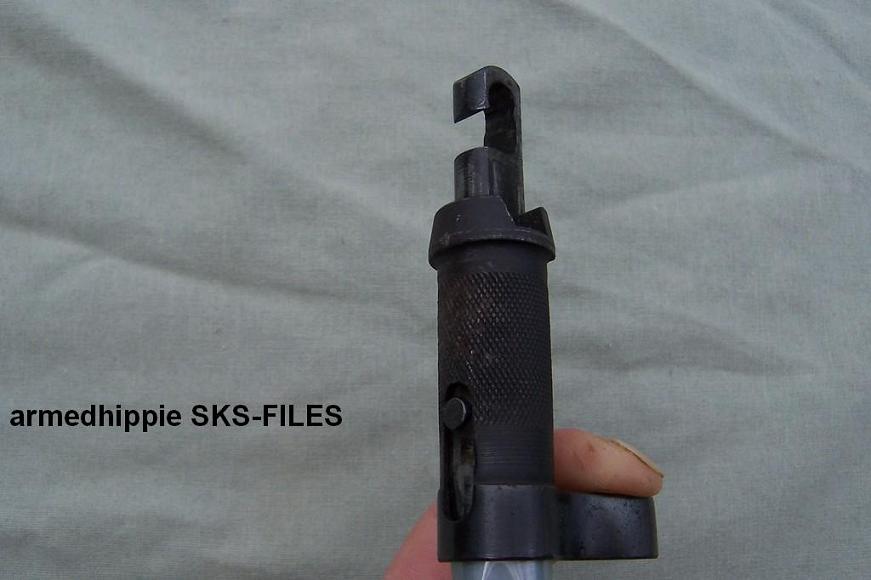 The bayonets on each of these rifles ride on a rivet and that can't be removed. So the Chinese came up with a better plan. A removable bayonet. Pull down on the handle an lift the bayonet off its mounting. With the spring under the handle they pinned the handle to the bayonet itself. All Detachable rifles have this bayonet. Sometimes the original bayonet is lost and a standard has been modified to fit. To check originality look for the pin and slot on the bottom of the handle 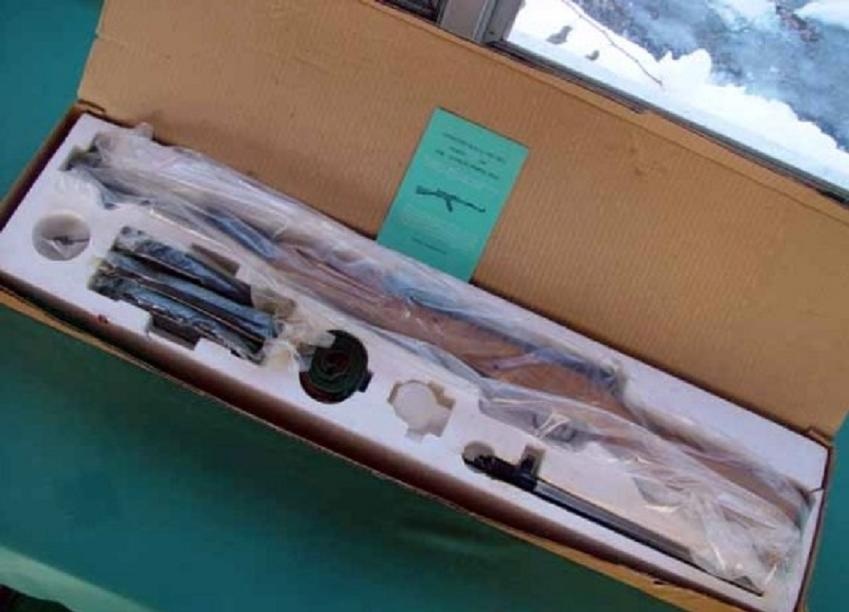 These were a true high capacity rifle and came with three 30 round magazines in the box, sling, oil bottle and manual. 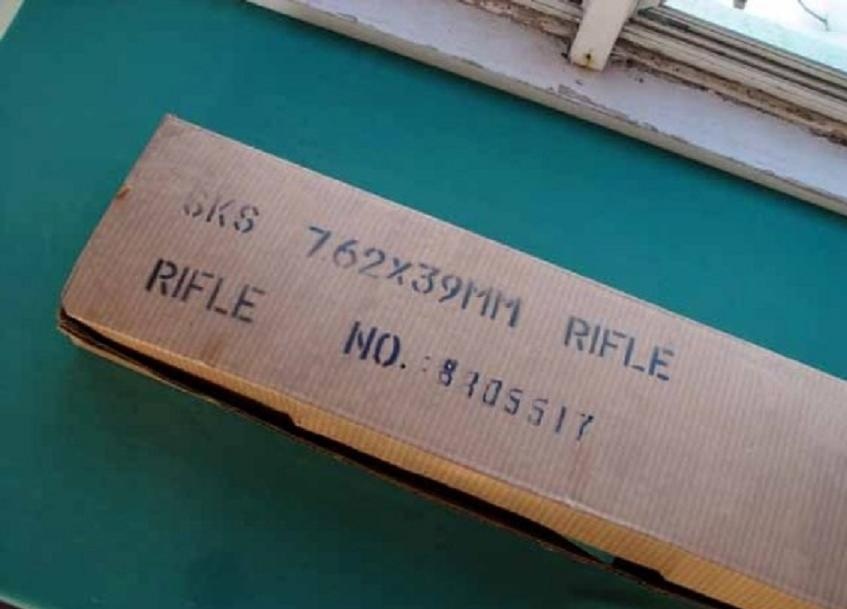 Note the serial number on the original box. 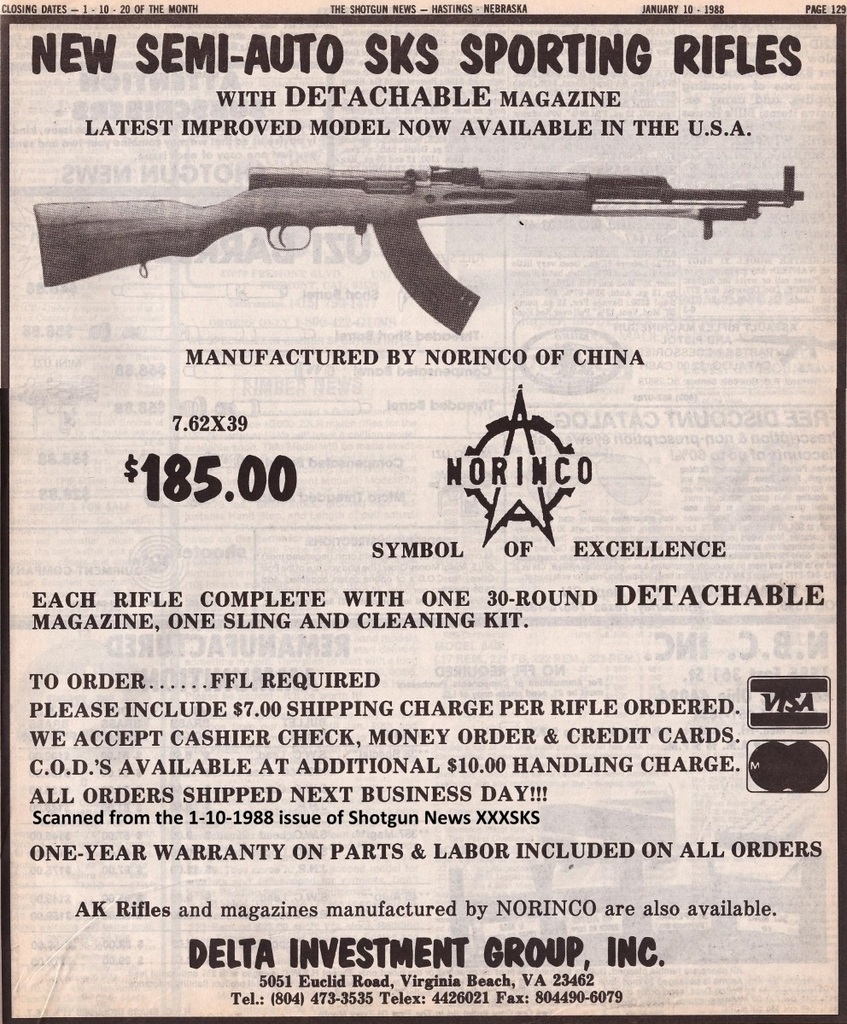 The January 10th 1988 issue of Shotgun News showed the first advertisement for Detachables in the USA. Looks like Delta Investment Group got there shipment first. 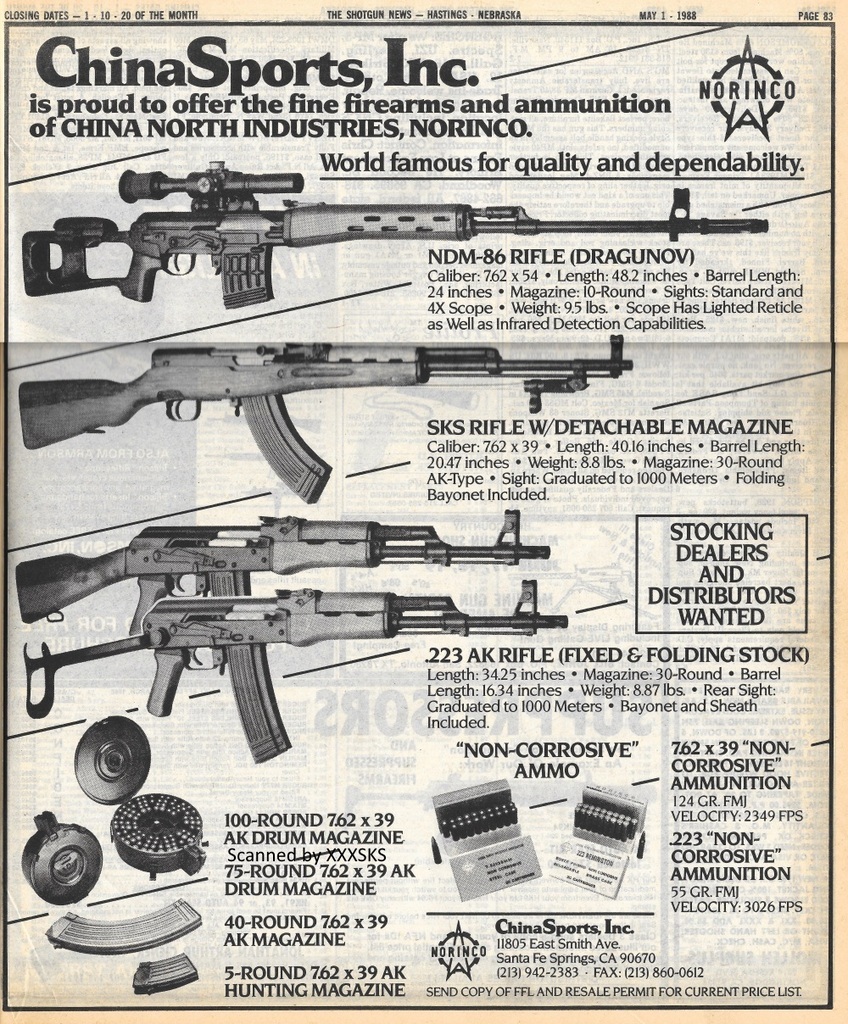 By may of 1988 China Sports was looking for dealers......
Three importers have been seen with the following serial number sequences.


The estimated total is based on the hi and low serial numbers I have a photographic record of,

Not a rare rifle.