There are two versions of the Navy Arms Cowboys Companion. The first one is the Mid Receiver version. This model has a Type 86 scope and fixed scope mount mounted mid receiver. 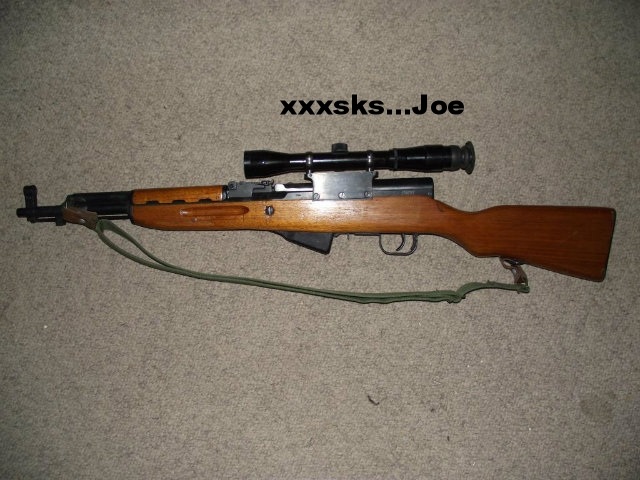 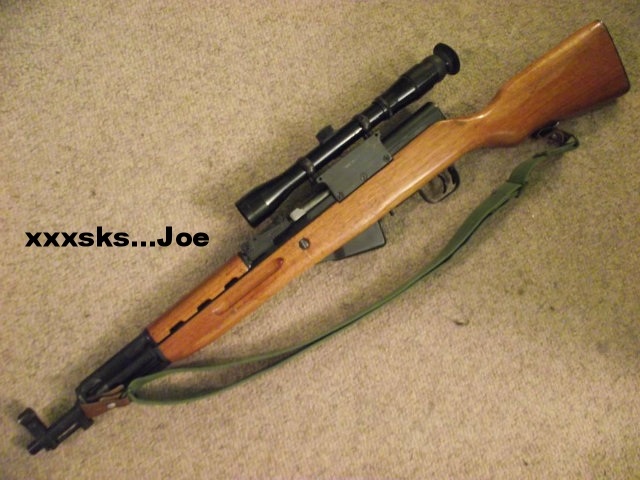 It is common on these rifles to see the serial number drilled into and then covered by the mount. To remedy this situation they relocated the serial number to the rear of the receiver with an electro pencil .  This is a pretty rare version of this rifle. I have only seen six copies. Two with the correct mount and only one with the correct scope. Many thanks to AKBLUE for his help in locating this mount. 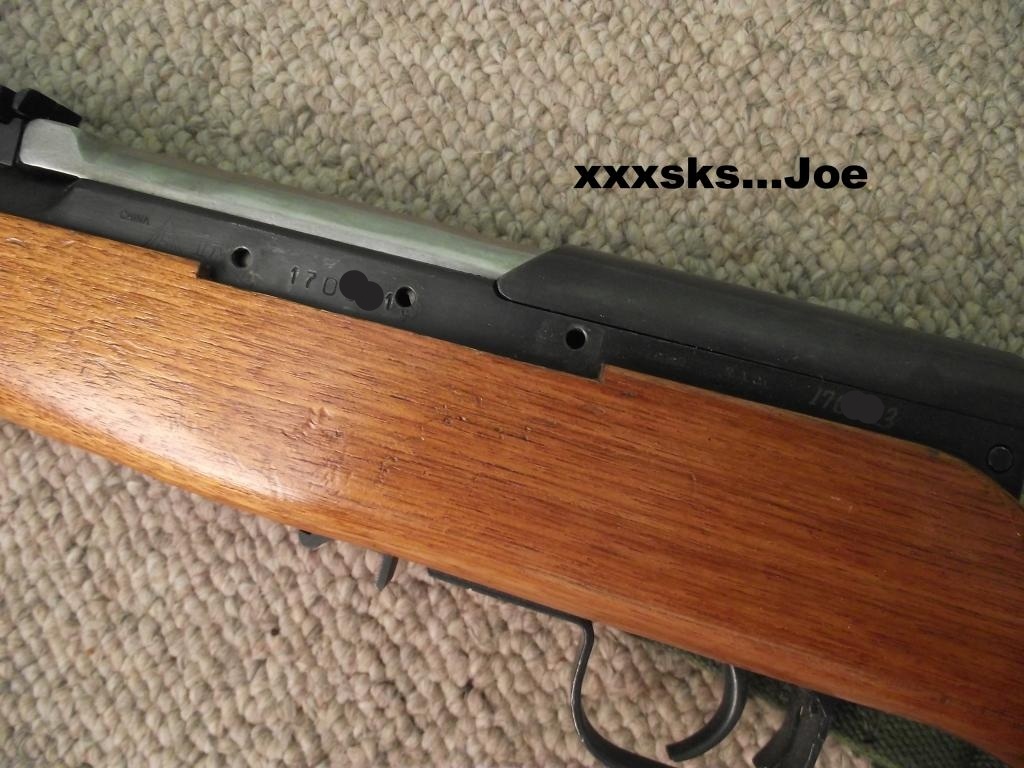 All CC's have a neutered front sight block with cleaning rod. 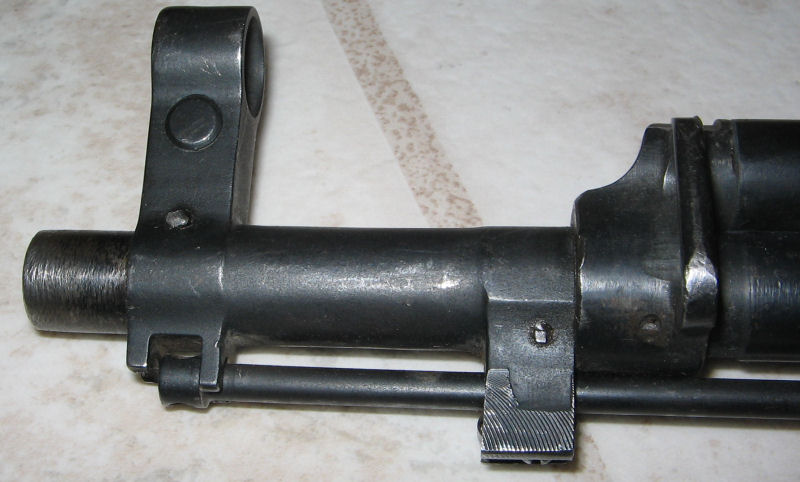 To keep the cleaning rod from falling out, there is a clip screwed to the bottom of the remaining nub. This FSB is unique to and only seen on both versions of the CC.﻿

The second and the most popular version includes a dove tail rail riveted to the left side of the receiver. This rail will accept the Type 89 scope mount and Polytech 2.5 x 18 scope. Go to the scope section to see the different rails, mounts and scopes. 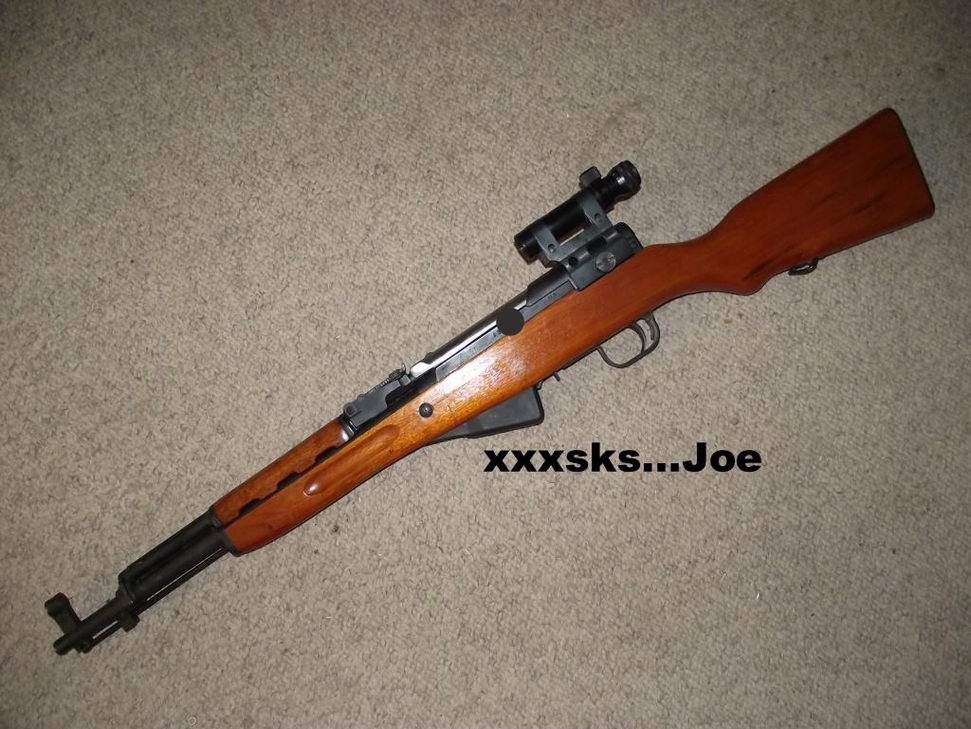 These rifles were assembled in China from existing rifles and imported in this configuration. The Chinese cut the barrel to 16.5 inches, neutered the bayonet lug, riveted on the scope mount. Then they installed a new (unnumbered) stock with the bayonet groove filled in.  Former blade and spike versions can be seen 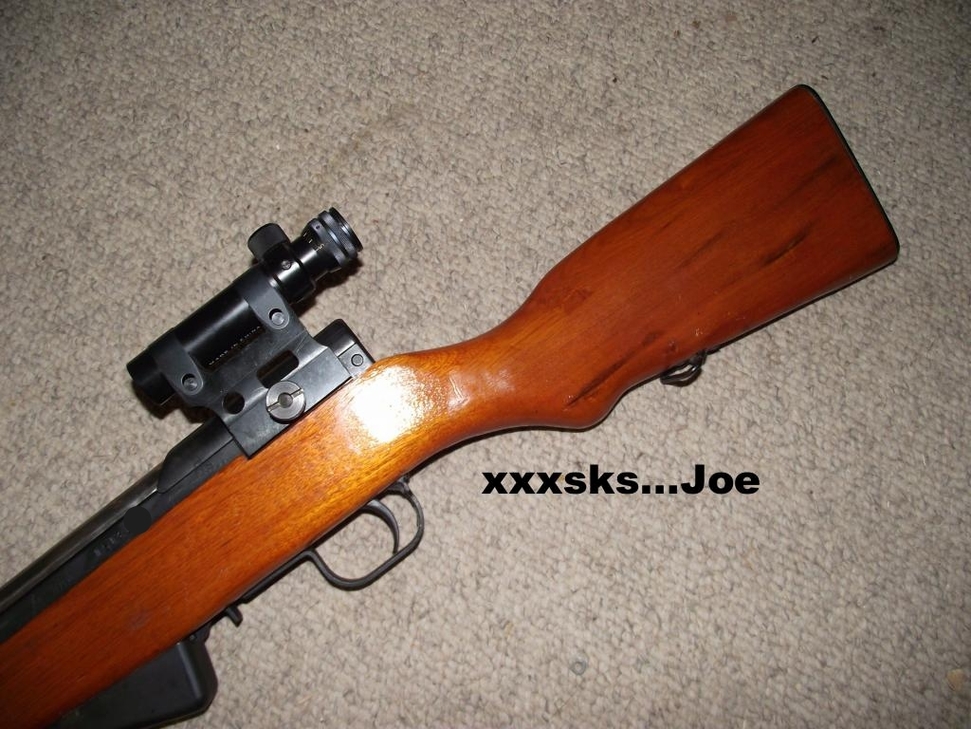 The Chinese use whatever came out of the crate to build these rifles. Long barrel lugs, medium barrel lugs and pinned barrels have been seen.
They are not exclusive to any factory. I even have a CC built on a Letter series gun. 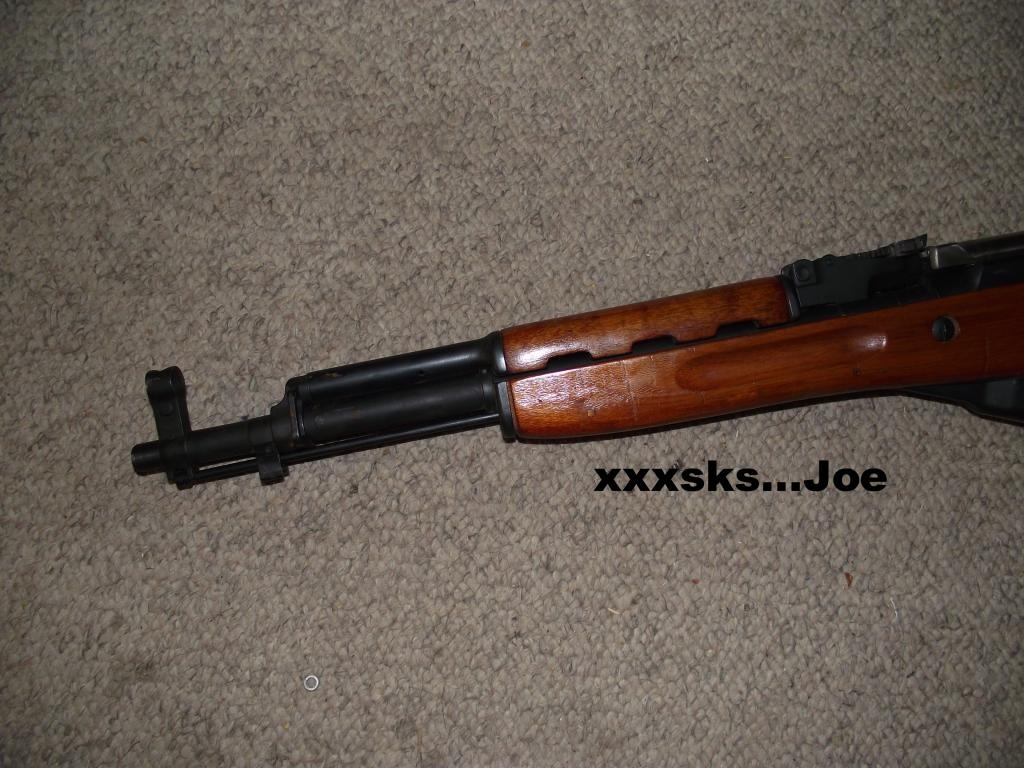 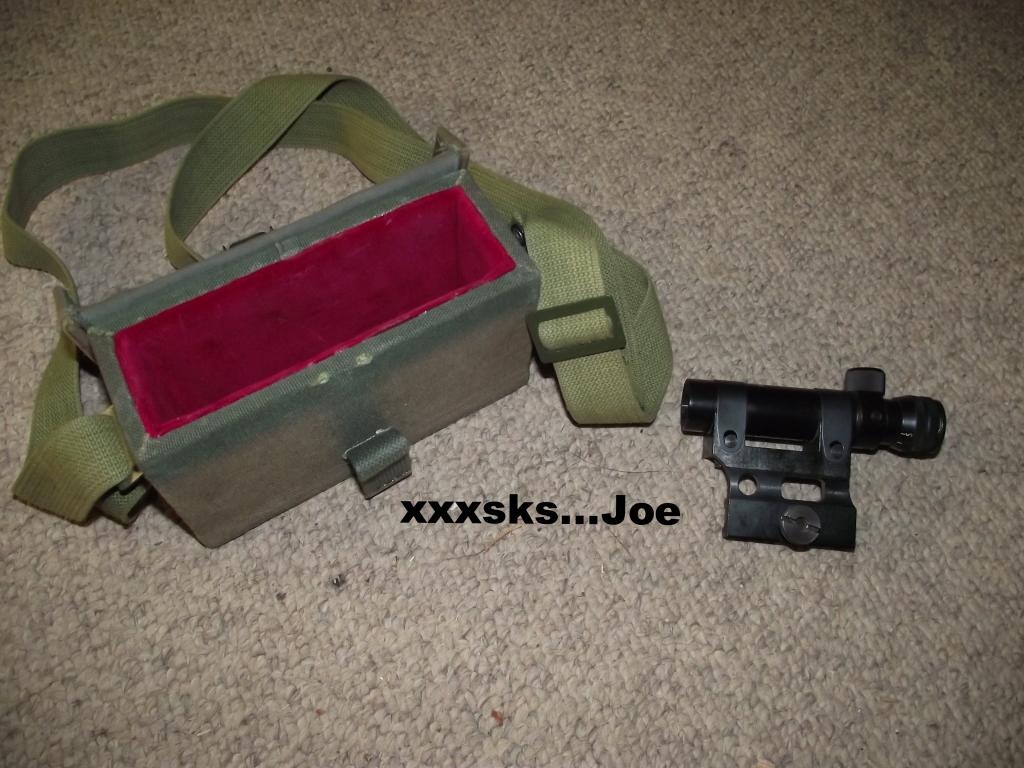 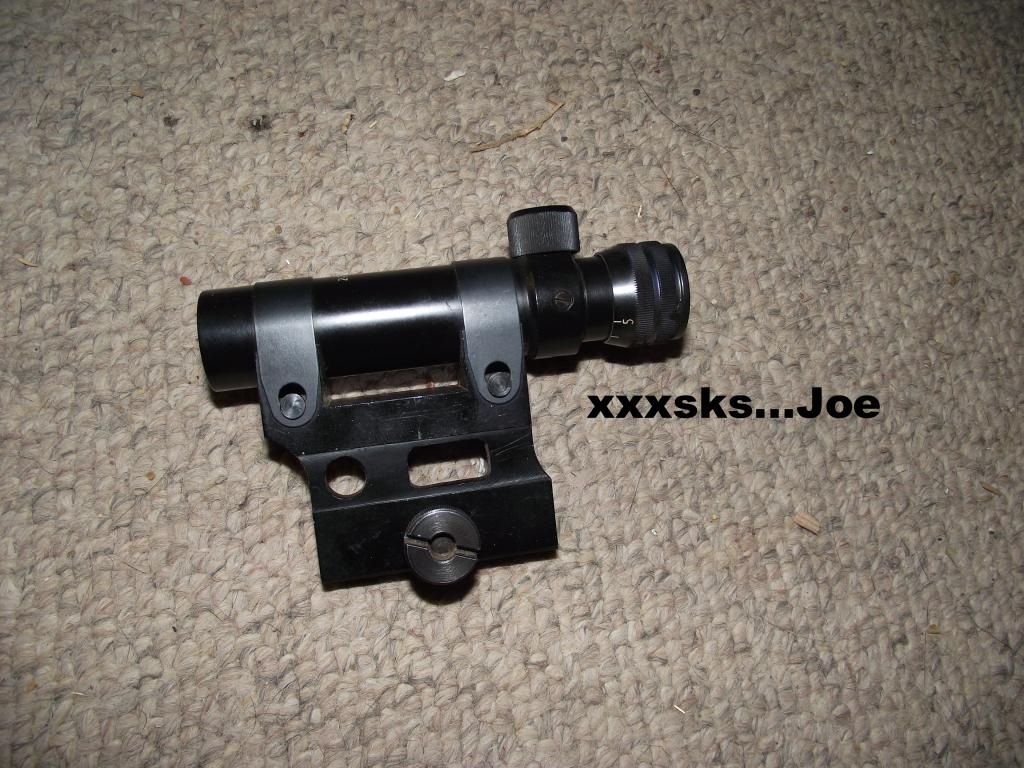 I want to see pictures of your CC. Contact me at powersurgeperf@aol.com